Today is a very special day, as it’s the centenary of 1940s World War 2 singer Dame Vera Lynn.  Vera Lynn, ‘The Forces Sweetheart’ started her singing career at the tender age of seven, and she’s still going strong now, having just released her latest album to celebrate her hundredth birthday! 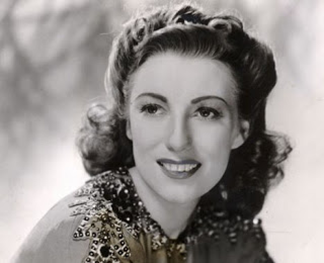 Vera Lynn captured hearts across the nation during the Second World War,  keeping the home fires burning and spirits high with her popular radio show ‘Sincerely Yours’.  She entertained the troops in Egypt, India and Burma, remaining a total professional despite terrible conditions.

After the war she remained very popular around the world, with hit records, TV shows, and Royal Variety Performances.

To this day she remains a national treasure, and has been honoured for her centenary by a special variety performance at the London Palladium theatre.  Her image has even been projected onto the white cliffs of Dover as a special tribute to this living legend.

I made my own tribute to Vera Lynn with this video of my rendition of one of her most beautiful songs: The White Cliffs of Dover.