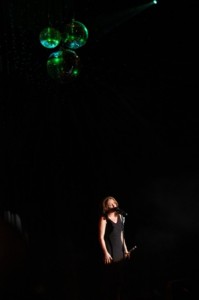 Well it’s been a busy time for me over Christmas and New Year.  I’m just about settling back to normal routine and quite amazed that it’s nearly the end of January already!

I managed to get back home to see the folks for a couple of days over Christmas, so it was lovely to have a little break.  New Year’s Eve saw me performing up north again, in a beautiful little Perthshire village called Alyth, where I celebrated Hogmanay with a mixture of locals and visitors.

Alyth must be a very healthy place to live, as there was a lovely gentleman at the bar in his 90s, still looking very fit and active, who had served in the distinguished ‘Black Watch’ Scottish regiment in his younger days.  Him and his wife enjoyed the whole night and stayed well into the wee hours!

As it was Hogmanay I included several Scottish favourites, including the essential Loch Lomond and Auld Lang Syne at the stroke of midnight.  I also added in some more contemporary Scottish songs by artists such as Rod Stewart, Frankie Miller, Eddi Reader, Paulo Nutini and Emeli Sande.

It turned out to be a very romantic night, as one young man proposed to his girlfriend just after midnight.  I think that’s the first time that’s happened at one of my gigs – as soon as she said yes I launched into the traditional Scottish song ‘Mairi’s Wedding’ to get everybody in the mood!

I am booked to sing at quite a few weddings over the next few months, plus a few of my friends are also planning to tie the knot this year – looks like 2014 is going to be a very romantic one!

So, let’s get in the mood with this sentimental swing classic by Ella Fitzgerald: ‘I only have eyes for you’. 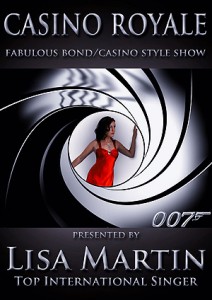 A sunny and scenic drive up North took me to the pretty town of Blairgowrie in Perthshire last weekend, to perform my James Bond Theme/Tribute Show ‘Casino Royale’ at the Angus Hotel.  I was met by Noel, the friendly and helpful assistant manager, who showed me around then proceeded to demonstrate his vast knowledge of James Bond movies and theme tunes!  The pressure was on – I knew I would have to get all my Bond facts right tonight, with such a huge fan in charge of the proceedings!

I performed my show after dinner to a very smart-looking audience – many of the men had come ‘dressed to kill’ in tuxedos and the ladies would have made any Bondgirl proud with their elegant dresses.

The audience at the Angus were a real hoot, and they certainly took the Bond theme to heart.  If I asked any of the guys their name I received an answer such as ‘James’ or even ‘Scaramanga’!

There were a couple of 60th birthday celebrations in – one male and one female – so of course I couldn’t resist the temptation to get both birthday boy and girl up to play the part of James and his Bondgirl.  They proved that 60 is definitely ‘just a number’, as they really got into the swing of things and started improvising to great comedy effect.  Many thanks to Hazel and Tam for entertaining us all!

Later on in the evening I performed a mixed set of songs from the 60s to the present day for everyone to dance to.  I was most impressed by the standard of dancing – from ballroom to disco, everyone filled the dancefloor and seemed to be having great fun.

A big thank you to all at the Angus Hotel for giving me such a friendly welcome on my first visit here – may there be many more to come! 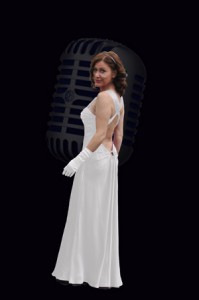 Vintage cabaret is all the rage nowadays!  I had the pleasure of singing my favourite 1940s and 1950s songs at the beautiful Stirling Castle last weekend for an event organised by corporate travel experts Hello Scotland.  I’ve driven past Stirling Castle many times before so it was lovely to see it ‘up close and personal’ at last.  What a stunning venue for weddings and other functions!

I performed a ‘swing‘ style vintage cabaret set for the guests during dinner (5 sumptuous courses! They were well and truly spoilt!) then fabulous DJ Paul Binney took over with dance music to complete the evening’s entertainment.

The event was organised for a group of Swiss visitors who had come over to Scotland for a few days to enjoy the sights and sounds… but possibly not the weather, as it’s been pretty cold and rainy recently!  Still, they kept their spirits up and enjoyed their last night in Scotland, partying in style at beautiful Stirling Castle.

A big thank you to Elaine and Heather, who made me very welcome and did a great job organising the night’s event, making sure everything ran smoothly.